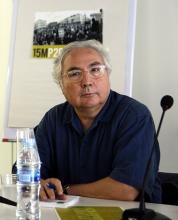 Autocomunicación de masas
movimientos sociales en red
Links:
Web Personal
Bio:
Manuel Castells is a Spanish sociologist recognized for his research on the information society, communication and globalization. The 2000–2015 research survey of the Social Sciences Citation Index (SSCI) ranks Manuel Castells as the world’s fourth most-cited social science scholar, and the foremost-cited communication scholar. Manuel Castells has been awarded several prizes around the world. In 2012 Manuel Castells was awarded the Holberg Prize for having shaped our understanding of the political dynamics of urban and global economies in the network society. In 2013 Manuel Castells was awarded the Balzan Prize for Sociology.
Manuel Castells is Professor of Sociology, and Research Director of the Internet Interdisciplinary Institute at the Open University of Catalonia (UOC), in Barcelona. He is as well University Professor and the Wallis Annenberg Chair Professor of Communication Technology and Society at the Annenberg School of Communication, University of Southern California, Los Angeles. He is Professor Emeritus of Sociology, and Professor Emeritus of City and Regional Planning at the University of California, Berkeley, where he taught for 24 years.

Between 2004 and 2010 he held multi-year appointments as Distinguished Visiting Professor at the Massachussets Institute of Technology (2004-2009), at Oxford University (2007-2010) and at Santa Clara University (2008-2010). Since 2009 he is a permanent Visiting Fellow of the Stellenbosch Institute for Advanced Study, in South Africa. He has been a Visiting Professor in 17 universities around the world and invited lecturer at hundreds of academic and professional institutions in 45 countries. He currently holds a visiting chair at the Institute of Global Studies, Maison des Sciences de I'Homme in Paris. He is also Director of Research at the Department of Sociology, University of Cambridge, and Fellow of St. John's College, Cambridge. Since 2011, he is chair of the He has authored 26 books, including the trilogy "The Information Age: Economy, Society, and Culture", 1996-2003, published by Blackwell and translated in 23 languages. He has also co-authored and edited additional 22 books. He has received, among other distinctions, the Guggenheim Fellowship; the C. Wright Mills Award from the American Society for the Study of Social Problems; the Robert and Helen Lynd Award from the American Sociological Association; the Ithiel de Sola Pool Award from the American Political Science Association; the National Medal of Science of Catalonia; the National Prize of Sociology and Political Science from Spain; the Order of the Lion of Finland; the Order of Arts and Letters from the French Government, the Order Gabriela Mistral from the President of Chile, the Order of Santiago from the President of Portugal and the Cross of St. Jordi from the Government of Catalonia. He has received Honorary Doctorates from 15 universities in Europe, North America, Latin America, and Asia as well as several honorary professorships and university medals. He is a Fellow of the Spanish Royal Academy of Economics and Finance, a Fellow of the Academia Europea, and a Corresponding Fellow of the British Academy, and the 2012 Holberg International Memorial Prize from the parliament of Norway.

Among other distinguished appointments he was a member of the United Nations Secretary General´s Advisory Board on Information Technology and Global Development, and a member of the United Nations Secretary General´s Advisory Panel on the Global Civil Society. He is also a trustee of the California Institute of the Arts. In 2005 he was appointed by the European Commission to be a founding member of the Scientific Council of the European Research Council. In 2008 he was appointed to the Governing Board of the new European Institute of Innovation and Technology (EIT) created by the European Union to stimulate the research cooperation between universities, business and society. 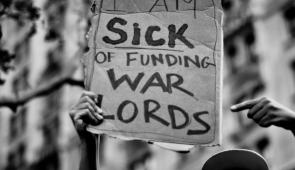 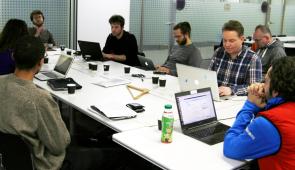