Covid19 seems to have interrupted the ‘long-now’ inertia, opening a portal to potential worlds-to-come. Its consequences changed a series of productive, relational and economical inertia. By doing so, the social understanding of the future has glitched, and now we’re trying to rebuild it embroiled in uncertainty. Post-Inertia is a summer school / collective experiment aimed at critical inquiry and exploring the role of speculative design in the current moment of social re-stabilization. The school will have two simultaneous levels, a general one focused on speculative thinking and practices, and a more particular one, where this knowledge will be applied in smaller groups, to the particular areas Technological Democratisation, Ecological Transition, (bio)Practices and Care & Affect.

We live in a complex and conflictive world, and the political, economic and technological systems that have brought us here seem insufficient, if not counterproductive, to guide our societies in desirable directions. Modern representative democracy entered a crisis decades ago. Informational capitalism and statalism (supported by platforms, data, surveillance...) concentrate information, capital and power in the hands of a few corporations and States, whose action is guided by the maximization of profit and power. Against this oligarchic becoming, projects such as Decidim (a public-common project for developing a digital platform for participatory democracy, which we’ve helped to conceive and develop) stress the need to undertake a technological democratization: democratizing technologies (giving people control over tech, data, AI, etc.) and democratizing society through such technologies.

Achieving this requires, among other things, designing spaces where the demos (the people) can meet, reconstruct itself, deliberate and decide on complex and conflicting issues. It implies to go beyond the ancient model of the agora (the assembly square), with its spatio-temporal limitations, and the modern electoral process, with its deliberative limitations and its episodic character. In the 20th century, from the US military to cybersin, a key space for strategic decision-making was the situation room, rooms connected to different information, analysis, and communication systems.

Can these spaces be redesigned for citizen decision making, a crossing between the agora and the situation room? Is it possible to build “augmented” deliberation rooms for a better and “augmented” democracy? Could they be useful for a civilizational turn? How may they enhance or limit collective experience, intelligence, will and action? What logics of social inclusion and exclusion do they mitigate, create or recreate? What are their elements and constitutive layers? How should they be designed and governed, and by whom? Could we include non-humans in these dynamics? 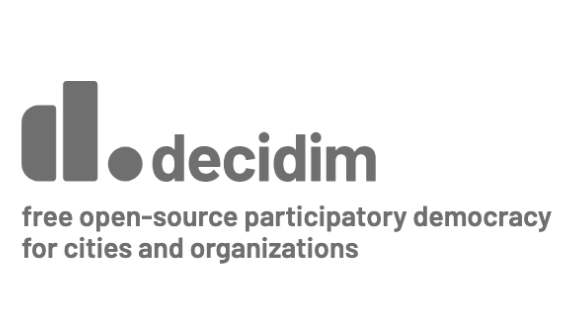 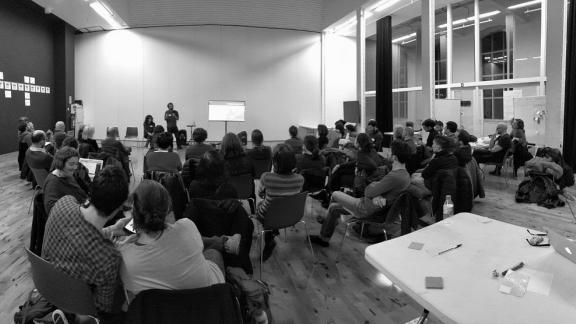